Looking for some easy accessory fix? Try adding some old school chic to your look with a brown leopard print clutch.

Animal print is an entirely unique pattern. While the use of animal furs and patterns have held some stake throughout history, it has been a particular sort of commercial fashion staple since the 1950’s. While some particular styles seem to come and go with the decades, such as the zebra print which saw to a golden age in the 80’s and came back in the 2000’s, leopard print has some real staying power. Use this design to look classy, edgy, or even both.

While every different kind of animal print has the ability to be bold and eye catching, leopard is unique in that it can make a statement while still retaining the ability to be subtle. Such is the case with a brown leopard print clutch. A small piece such as this has the ability to stand out while still being minimal and tasteful. As is the rule with most animal patterns: the less there is, the more it says. A little really goes a long way. If you want to make a statement or test out a bolder or new look for yourself, then a clutch purse is a great way to test the waters. These sleek and classy accessories are small but still pack a punch. Despite their size, they still have a lot of fashion power, and can easily be removed from your ensemble if you’re simply not “feeling” the look. These accessories are versatile and useful, and always give off an air of elegance and poise.

This clutch can do a lot for you despite it’s size. It can add oomph to any outfit, whether it’s plain, neutral, or full of color. Avoid using it with too many other patterns though, however, because if used in this way the bag will get lost in a sea of other colors, shapes and designs. But when paired with solid colors, this accessory can do a lot to break up and add texture to an ensemble effortlessly. The bag is then allowed to stand out wonderfully, and can do so against a little black dress or with a power suit, for example. It can also work just as well with a basic tee shirt and jeans! Patterns are not entirely out of the question, though they should always be used sparingly when mixing and matching more than one. Patterns and prints work best when paired against solid colors, and an outfit can otherwise be broken up with other textures and fabrics to add more depth to your look. 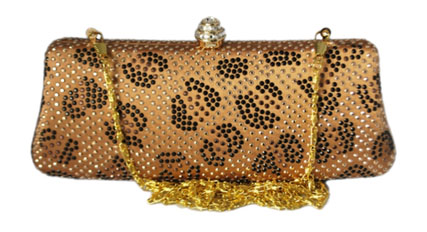 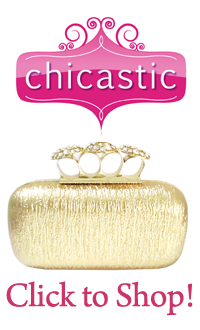