December 26th is a big return day for the stores. Everyone has received their Christmas gifts and now they want to immediately exchange or return unwanted items or use gift cards to take advantage of the sales. If you have … END_OF_DOCUMENT_TOKEN_TO_BE_REPLACED

Norwegians know how to celebrate winter the right way. They have the word “koselig” which roughly translates to cozy. It’s really more than that though. It can be warmth, close knit gatherings over a home-cooked meal, candlelight and much more. … END_OF_DOCUMENT_TOKEN_TO_BE_REPLACED

We think While You Were Sleeping is the perfect movie for this Throwback Thursday. It’s a romantic film for the upcoming holiday and Sandra Bullock’s character repeatedly bundled up in the cold weather. If we ran into her today, what … END_OF_DOCUMENT_TOKEN_TO_BE_REPLACED

Love Actually was a film that followed eight couples and gave us quite a few memorable romantic scenes. It’s more of a Christmas film due to the timeline of the movie, but it’s set in winter and it’s romantic so we’re using it as a lead up to Valentine’s Day. There are many characters in the film and we noticed there is a lot of bundling up from sweaters to scarves to hats. This movie was released over ten years ago, so we wonder, if these characters had to keep warm this year, what would we see them in?

Puffy coats are popular this year. They’re more fitted than in years past which is a nice change, some are actually quite figure flattering. We think at least a few of the characters would sport one of them. Peacoats, or other buttoned and collared coats, are still in fashion. Some of the characters wore beautiful coats in the film, like Natalie’s fabulous long red coat. It would still look great today.

As far as winter accessories, infinity scarves would be a great updated piece. Beanie hats are still in fashion so no issues there. For gloves they’d be interested in getting ones with special fingertips for smartphones, or they could even go for fingerless gloves.

If they were just hanging around indoors, we’d recommend a nice comfy cardigan. They could pair it with jeans and boots and even a lightweight scarf.

Check out Chicastic for great cozy items and cuddle up with this romantic comedy. 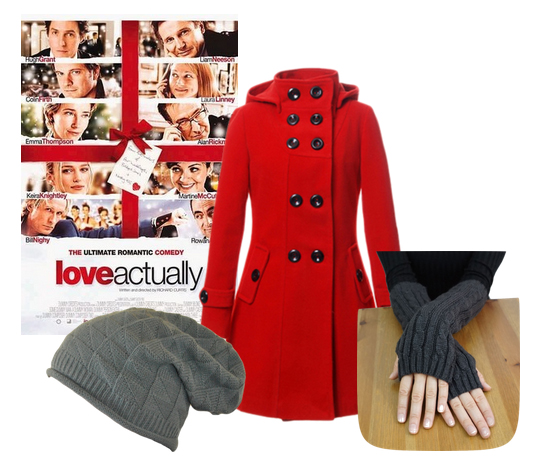 You might be thinking it’s been cold for a while so there’s no point in buying more winter clothing and accessories. You’ll only be able to use them for a month or two and then what? We have a solution. … END_OF_DOCUMENT_TOKEN_TO_BE_REPLACED

So you’ve picked names at work and now it’s time to get your coworker a secret Santa gift. Sometimes it’s really easy to figure out what they would like. Maybe they’ve mentioned a movie they loved that just came out … END_OF_DOCUMENT_TOKEN_TO_BE_REPLACED

Sometimes we feel we wear out our winter coats before the season’s out, and with good reason. The cold weather forces us into outerwear everyday and our coats are just as big a part of our outfits as the rest … END_OF_DOCUMENT_TOKEN_TO_BE_REPLACED

It is cold and freezing and you need to keep yourself warm and cozy. Looks and style do matter and who knows it better than a girl. You just don’t want to put on something warm to be comfortable, but it’s equally important to make that statement whether you are out or at home. Check out these loose stylish cardigans at Chicastic. These come in a loose fit – one size for all and in multiple colors. They go well with a pair of jeans, pants, and dresses.

Warm up your winters with these wool blend oblong scarves or warm up somebody else’ winter by gifting them one of these in their favorite color. This Cotton and Wool Blend Oblong Scarf measures 68 x 12 inches and comes in black, purple, orange and blue. They are all very warm colors and very soft to touch. Visit Chicastic to buy these now only for $19.99.